Tadej is seven years old and blind. This documentary follows him to a skiing camp where he blossoms with the help of sports and music. A positive statement on courage, acceptance and the lust for life.

The film will be presented within the frame of SHORT FILMS: THE TURNING POINT together with the following productions:

Provincia
HUN 2014 | 4 min.
Language: Hungarian w. Engl. ST.
Director: György Mór Kárpáti.
When the car breaks down close to a little village, a city boy gets the chance to break out of monotony for one day. An atmospherically dense story about deceleration.

Springtime Suns
(Soles de primavera)
SRB 2013 | 23 min.
Language: Serbian w. Engl. ST.
Director: Stefan Ivancic.
The school is over and university has not started yet. A naturalistic story about growing up between summer, sun, boredom, drugs and communist phantasies. 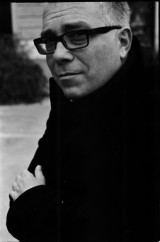